Hello friends! Nichol here today with a Snow Buddies Mason Jar Shaped Card! I adore the shaped cards made by Honey Bee and I thought it would be fun to create a “snow globe” mason jar filled with an adorable snowman from the Snow Buddies Stamp Set. An acetate overlay provides the “snow globe” effect without bulky shaker layers. Let’s get started!

Watch the creation of this snow globe mason jar shaped card from start to finish below or click HERE to watch in HD:

The base of the card was die cut from smooth white cardstock using the Mason Jar Card die. The background was inked with Mermaid Lagoon and Chipped Sapphire Distress Ink. The ink will provide a nice contrast to the white stamping on the acetate layer later on. A partial mason jar was die cut from a scrap of smooth white cardstock and then a border was die cut with a Hill Borders Die and adhered along the bottom edge of the jar. 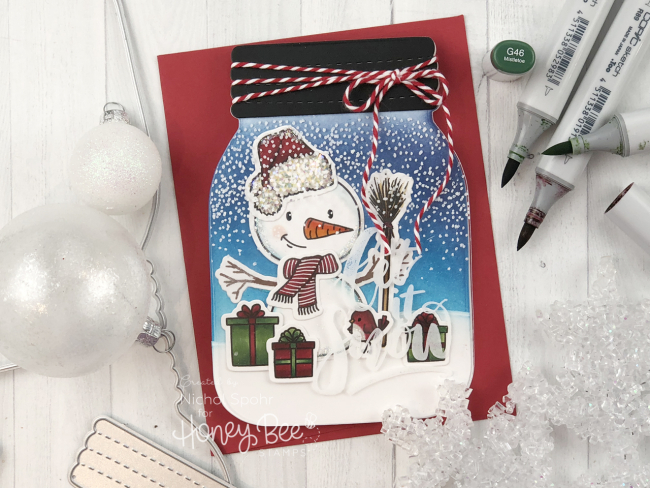 A 5×7 acetate panel was die cut with the Mason Jar Card Die. It’s only a partial die cut but you don’t need an entire panel, just enough for the front of the card. The acetate was stamped with the falling snow image and the “let it snow” sentiment from the Jingle All The Way Stamp Set using Cotton White Staz on Ink. The acetate was adhered along the top only. Lids of the jar were die cut from Black Velvet Mirror Cardstock, one for the front and one from the back. 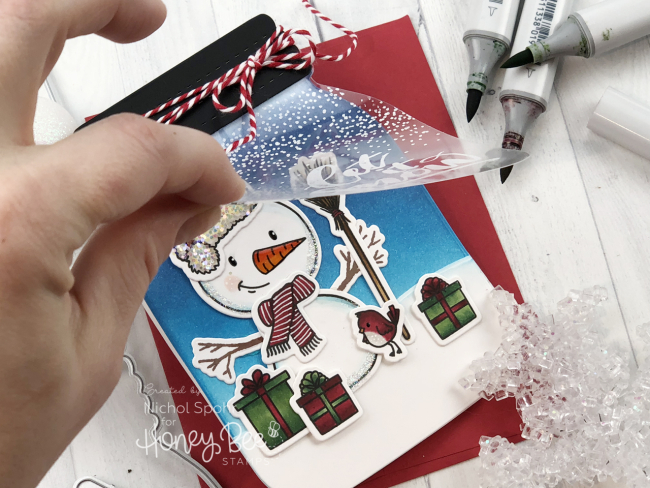 Snow Buddies images were stamped on smooth white cardstock with black ink, colored in with Copic Markers, and die cut with the coordinating Snow Buddies Dies.

The santa hat was adorned with Chunky Glitter and the snowman “dusted” with Prisma Glitter. Detail was added to the scarf with a white opaque pen. Glossy Accents was added to the carrot nose.

The images were adhered under the acetate layer and red/white baker’s twine was wrapped around the top of the jar to finish the design. 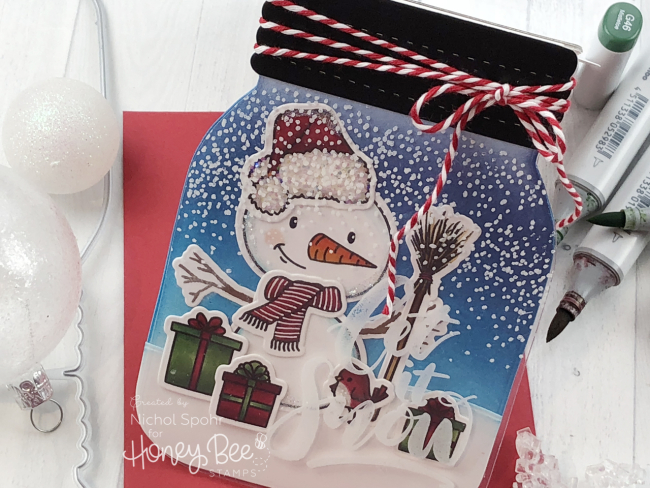 The inside of the card was finished with additional greetings stamped from the Jingle All The Way Stamp Set. 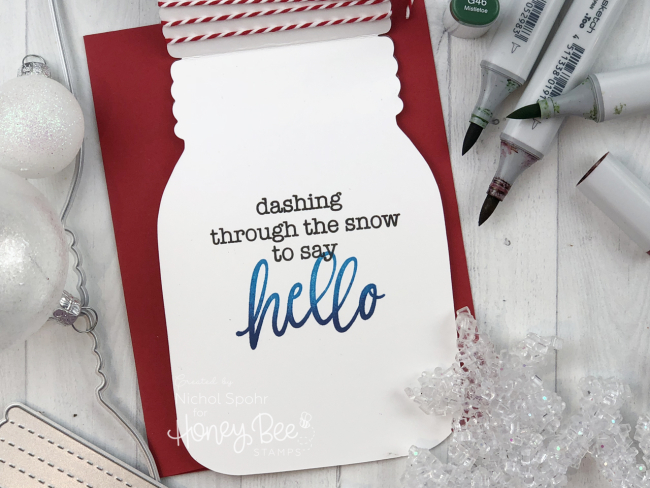